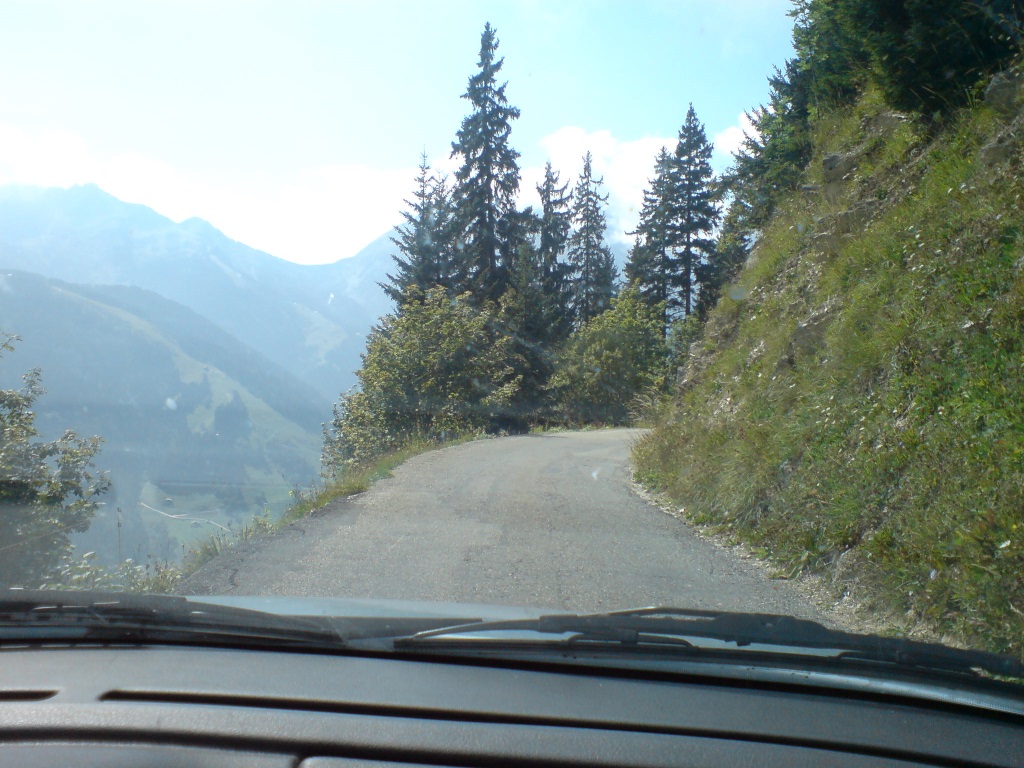 This post was originally published on the Front Row Agile blog, which has since disappeared.

I’m proud that it was included in the Best Agile Articles of 2017. Just a little disappointed that Amazon caps the number of authors it mentions and my last name means I fell off the roster :).

When I was a teenager, I was bitten by a German Shepherd out of the blue, or so it seemed to me at the time. I never trusted that dog again, mostly because we never met again. I’m sure that if we had, we might have become friends and I would have become much better at reading him. The incident certainly hasn’t stopped me from loving dogs.

The romantic in me would like to say that this incident is what sparked my interest in trust. It didn’t, but it’s a nice story, and it illustrates a couple myths and misconceptions about trust.

Myth: Trust Is All or Nothing

For a long time, I believed that if I trusted someone not to bash my head in, it meant that I completely trusted them. You either trust someone or you don’t, right?

I like to drive convertibles at high speeds up and down mountain roads. Roads like the one in the above picture. When that picture was taken, I was not at the wheel. Does that take trust? You bet. Would I trust the driver with anything? No way.

Would you trust the driver of a getaway car with your wallet? Can you trust a very competent rally driver to look out for you in difficult personal circumstances? Can you trust a co-worker that would drive you up or down this mountain safely not to go behind your back to reap the fruits of your labor?

Trusting someone for one thing does not necessarily mean that you trust them for everything. It’s quite possible to trust a co-worker not to gossip about you, yet have no trust for them at all about the way they handle their own or your mistakes.

Myth: Trust Is a Matter of Life and Death

It certainly can be, and in many professions it is, whether between teammates or between the person performing a service and the person undergoing it. However, most of us don’t work in the fire department or have medical jobs. Most us have office jobs, where life and death situations are few and far between.

Myth: Trust Is About Competence

According to some, competence inspires trust. While I don’t disagree, I don’t entirely agree, either. Competence, or being good at something, is more about inspiring confidence. Specifically, confidence that someone is the right person to get a job done. On the other hand, trust is more about being able to rely on them using that ability to do the job right and get the best result possible.

This next example hits a bit closer to home for me. The people I wouldn’t want behind the wheel on that mountain road fall into two categories. One group simply lacks the ability to safely get me to the top and down again. I have zero confidence in their competence.

Another group consists of the people that can complete the trip safely, but I am uncertain if they will. Not because they may have a death-wish like the German co-pilot, but maybe because they tend to drink a little too much in the evenings, or because they are easily distracted and tend not to be focused on the job at hand.

Myth: Trust Arrives on Foot and Leaves on Horseback

Google “trust quotes” and this comes up a lot. It’s a widespread belief.

However, trust isn’t slow to arrive. Yes, some people will not trust anyone unless and until they have “proven” their trustworthiness. Most people, however, function the other way around. They will trust until they are proven wrong.

Further, being proven wrong once isn’t enough to warrant a complete lack of trust. Yes, it will make you more cautious, but your trust for them doesn’t simply fly out the window. People are quite capable of distinguishing between intention and effect, and are generally willing to give someone the benefit of the doubt.

Even when proven wrong a couple of times, that doesn’t mean that all trust is gone, because trust is not all or nothing. Oh sure, after banging your head against the wall several times, you will not trust X to deliver on time anymore, but you can still rely on X to deliver high-quality work. And what if X were to deliver quality goods on time several times in a row?

Regardless of the initial level of trust for others that you operate from, that level of trust is in constant flux. Brené Brown uses a marble jar analogy to illustrate this.

Your marble jar for Peter starts with an initial number of marbles in it. Every action by Peter either adds a marble or takes one away. For example, Peter remembering your mother’s name, inquiring about your recent exam, delivering quality work on time or being discrete about something you told him in confidence will add marbles. On the other hand, delivering something late or of inferior quality, being harsh to you or someone else or always saying yes but doing no will remove marbles from his jar.

So, where does the popular belief that trust leaves on horseback come from?

I have no idea. My guess is that we are often unaware of the effects of other people’s words and actions on our level of trust for them, perhaps because questioning your trust for someone feels like a betrayal in itself. When you’ve finally had enough of someone’s failures to act trustworthy, it feels like emptying the jar in one fell swoop, when in reality it has been running on fumes for some time already.

Coaches and facilitators do get a bit more training and can find a lot more resources on trust building exercises. Unfortunately, most trust building exercises I have had the pleasure of reading or being subjected to are not about building trust. They are about building a connection. Connectedness is a lubricant that makes trust easier: you are far more likely to trust someone with whom you have broken bread, played or exchanged personal information. But a connection is not trust itself.

What everybody also seems to forget is that trust or team building exercises and activities can just as easily destroy trust when the person you previously thought was pretty nice turns out to be an utterly unreliable partner in the exercise.

What’s more, just like training a dog doesn’t just happen during obedience classes, trust doesn’t just grow or erode during exercises and events intended to build it. Trust levels wax and wane with every observed word and action. If you want trust levels to improve, you will have to work at it all the time. This doesn’t mean you can’t slip up, just that when you do, you have to acknowledge it and make amends.

Myth: Trust Must Be Earned

This myth is one of my pet peeves. I am firmly in the “trust until proven wrong” camp, even though it may sometimes be with a lot of trepidation.

That doesn’t mean I trust everyone for anything in every situation. For example, I am very much in favor of assessments and tests during the hiring process. I could say that is because of cognitive biases that make people believe they are better than they actually are. While that plays a part, the true reason is that hiring is a process with a lot of conflicting interests, and assessments may add some much-needed objectivity.

But, don’t put people through a wringer just to gauge their trustworthiness as a human being. Doing so is a clear signal of distrust that is clearly heard by the person on the receiving end. Distrust begets distrust. They may tolerate it if it’s the way to gain a prize they want, but, if anything, it will lower their trust (and respect) for their “testers.”

Hearing an agile coach utter this myth really got me on my high horse.

Besides, it is futile. If you are not willing to trust me, there is nothing I can do or that I can give you that will make you trust me. Because, as we’re about to discuss, trust can’t be built.

Myth: Trust Can Be Built

Now there’s a bummer. Bet you didn’t expect that one, especially with all the trust building exercises, ice breakers, team building activities and what have you that all intend to build trust levels in teams.

Unfortunately, it is true. There is nothing I or anyone else can do to make you trust us.

It’s not like I can stack packets of trust on you and that will increase your trust for me. All anyone can do is speak and act in ways that will facilitate your trust for them to grow. However, whether it has the desired effect or not depends entirely on whether you allow it and are willing to trust.

Trust can’t be built or earned, it is given and it grows.

So, are all those exercises, ice breakers and games in vain?

They are essential for trust to have a chance. They create conditions and get people to interact in ways that are conducive for trust to grow. You need to take people out of their “normal” work — the transactions of day to day business — and put them in situations where they can interact as people.

Interacting as human beings, with as little interference from formal hierarchies as possible, is what makes people more comfortable with each other and what will allow them to interact more easily and with less trepidation in their “transactional” work. It allows trust to grow and to be given.

Myth: Trust Is Optional for the Bottom Line

Just like “leaving your emotions at the door” is wishful thinking, hoping that you can make do without trust is daydreaming at best. Sure, companies where distrust reigns supreme can be successful and make a profit. I just wonder how much more profitable they could be if they worked on increasing trust and happiness levels. Read Patrick Lencioni’s “The Five Dysfunctions of a Team” to see where an organization can leak money left, right and center when trust issues run rampant.

And, if you want the people in your company to innovate, to be creative and to be open to change, then you need them to be willing to make themselves vulnerable to the words and actions of their co-workers. That takes trust. Loads and loads of trust.

So, What Is Trust?

Trust is knowing that someone will use their abilities appropriately.

Trust is a two-way street.

Trust is essential for smooth collaboration so innovation, creativity and change can flourish.

Trust is in constant flux, it waxes and wanes with every interaction.

Trust is a verb. It needs to be worked on and you need to be aware of the effect of words and actions on trust levels.

Trust is not built or earned. It grows and is given.

Insights and practical tips to create the life you want.

No spam. Only high quality intelligence and ideas.